In March, we return to one of PARC's most liked trail systems, Wunderlich Park in Woodside. Along with several groves of majestically beautiful Redwoods, all of Wunderlich's trails are well shaded. With well-maintained trails, Wunderlich is just a short drive from Palo Alto.

Instead of our usual runner's pot luck, this month after the run we'll meet for brunch at Buck's in Woodside at 11:00. Runners from Saturday morning's Sawyer Camp group are also encouraged to join us there. This…

FYI: Club sponsor Sportissimo is closing their Palo Alto store (the Los Gatos store remains open). Everything in the PA store is between 20-70%OFF until they close on February 28th. Better deals can be worked out (ex if buying 2 pairs of shoes you can probably get a better price).

News from club sponsor On Your Mark in Los Altos

News from club sponsor On Your Mark in Los Altos 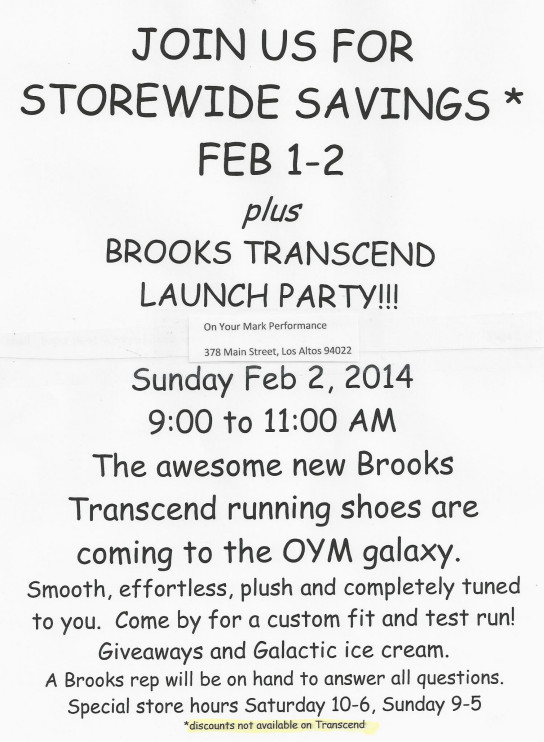 In January, we will return to one of our favorite nearby sites, Huddart County Park, including the neighboring trails in Phleger Estate. This is an all-weather venue,…

This month PARC's trail run heads south to Almaden Quicksilver where the route starts with wide open vistas and ends on a fabulous long wooded single track back to the parking. Along the way there are very interesting local mining artifacts to wonder at. All details at: http://www.parunclub.com/page/december-2013-trail-run-almaden-quicksilver…

In November, the Monthly Trail Run takes advantage of the cooling weather to return the ridge line vicinity for this run up to the top of Black Mountain featuring 360-degree panoramic views stretching from the bay out to the ocean. The run then returns via the beautiful (and shady) Stevens Creek Nature Trail, with a new extension through the Los Trancos OSP, featuring the San Andreas fault! All the details can be found…

I just stopped by Zombie Runner & picked up a full bag of donated prizes - seasonally black ZR hats, socks, snacks, and gift certs(!) to add to the prize stash we'll be handing out. Thanks ZombieDC! We also have gift certs from Fleet Feet and PARC water bottles and other swag to give out as prizes and awards.

For the run plan to arrive at 9am at the main parking lot . The running event is equal opportunity for runners (& walkers) of all abilities (first time trail runners…

Next Wednesday (10/9) we're going to change things up a bit and have our run start and finish at Sportissimo in the Town & Country Village (http://sportissimo-us.com).  It will NOT start from the Lucie Stern Community Center.  On that evening Sportissimo will provide PARC members and friends a special discount on in-stock items.  Details will be sent in an…

In September, the Monthly Trail Run ventures deep into the Santa Cruz Mountains directly over the hill from Palo Alto. Water will likely still be flowing in the creeks and falls, and there are plenty of lush ferns and majestic redwood trees. This is a mostly-shaded course with a waterfall and a historic cabin site (with a who-dunnit mystery). Our route will also include neighboring …

Along with several groves of majestically beautiful Redwoods, all of Wunderlich's trails are well shaded. With well maintained trails, Wunderlich is close to Palo Alto and the intermediate route is shorter than our usual making this month's run a good choice for beginning trail runners.

Brunch at nearby Buck's in Woodside after the run. Runners from Saturday morning's Sawyer Camp group are…

Runners, joggers and walkers are invited to an evening run followed by a

night on the town like no other. Happy hour begins with a fun 5K run and
ends with a post-race night market of festive proportions! Salute your
success…

This July, we seek the cooler northern end of the ridge line to experience a beautiful local redwood preserve, located on the western slopes of the Santa Cruz Mountains overlooking Half Moon Bay. The park features towering redwoods, active creeks, and plentiful ferns, on a mostly-shaded course. Details can be found here.

Join us for a run on our favorite local trail stystem, Windy Hill, on Saturday, June 15th. A short drive from PA, mostly shaded single track, nearly all runnable, join us! Gather at 8;20am,hit the tralis at 8:30. All details here.

Join us for this beautiful ridge run passing through four open space preserves, with 360 degree views and (hopefully) wildflowers. For all the details, see here.

In April, we are introducing a new run at nearby Edgewood County Park and Pulgas Ridge Open Space Preserve. Edgewood is one of the premier wildflower locations, and we have tried to…

PARC's Monthly Trail Run heads to Castle Rock State Park this Saturday for runs of 6.5 or 9.2 miles on the high divide above Saratoga. The beginning of the route features a really cool (and somewhat rocky) trail along the top of the ridge's Western escarpment - the result: we run for miles with incredible vistas soaring over Big Basin and out to the Pacific and Monterey. The run back, on the Eastside of the…

Mark your calendars for Sunday 2/10 when we will do a new route at Huddart County Park, featuring the trails of the neighboring Phleger Estate, part of the Golden Gate National Recreation Association. The Phleger Miramonte Trail starts off of Huddart's Richard's Road Trail, running along side the scenic West Union Creek and then heading up to Skyline Boulevard on the Lonely Trail -- you will feel like you are off in a remote world of your own! We will re-enter Huddart for a return run…

An intriguiging pic from Almaden Quicksilver Park, the site of Saturday's trail run 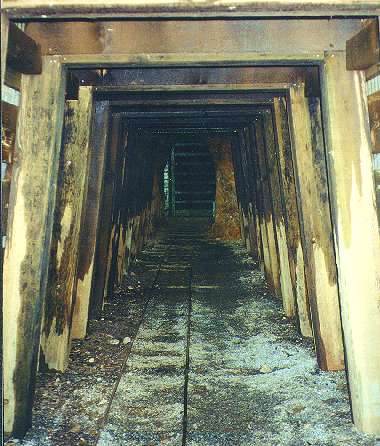 In November, the Monthly Trail Run takes advantage of the near perfect weather forecast for this run up to the top of Black Mountain featuring 360-degree panoramic views stretching from the bay out to the ocean. The run then returns via the beautiful (and shady) Stevens Creek Nature Trail. All the details can be found here.

PARC's 26th anniversary party will be held this Sunday, October 14, at nearby Hidden Villa. This is a beautiful site in the Los Altos Hills foothills, with an organic farm, animals, and well-maintained trails (for…