The 41st annual Christmas Relays are coming up next month on 12/14 in San Francisco (Lake Merced). PARC participates every year. Take a look at the website and think about putting a 4 person relay team together. It is a lot of fun. Folks who do not have a full team can use this space to indicate interest. We may be able to assemble teams from people who indicate interest here.

Each person on the relay team runs 4.464 miles. There are about 20 different relay categories. It's… 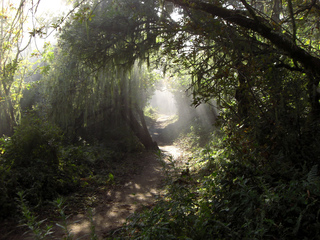 The event organizers just let me know that registration is still open for this event. Knowing them well, it will be a lot of fun with great support and organization. Looking for a challenge on the 27th, or even just a mellow time with a nice group of avid trail & ultra-runners, then check this out!…

This Sunday, PARC's Monthly Trail Run ventures deep into the Santa Cruz Mountains directly over the ridge from Palo Alto. I've been called out of town and Kristan Wheeler has stepped forward to lead Sunday's run which is very cool as pretty sure this is the first time our trail runs have had a female leader and I'm sure you'll agree that Kristan…
Continue

I want to let you know about a long-running area trail run that has now been adopted/expanded by the Stevens Creek Striders. Many of you may know Peter and Peggy who are now organizing the race over a great local course. Check the links below for more information about participating in the event.

Peggy and I are involved in organizing the in-augural Stevens Creek Striders 50k/30k/HalfM on Sept 27th. This around Skyline Blvd above Los Altos.  We…

Talk about last minute, just now finished the web page for tomorrow's run. There was a lot to figure out in creating new routes that visit the many points of interest in this part, starts from the new parking lot, and travels over some of the recently added trail system. Whatev, the map is now on the webpage - …

On the fence regarding running B2B, then just do it and do it in comfort and even for free if qualified. Here's the deals.
Comped Entry & Sub-seeded start  - the catch, you need to be over 50 and able/interested to run the entire course in the close company of 12 others. Its a lot of fun, really! For many of the past dozen years or so, Marty & I have run with a group of guys several of whom were the originators of the Centipede category. Along with many other oddly fun…
Continue