Yesterday (11/7/2010) we ran the U.S. Half Marathon in San Francisco. After running the inaugural event in 2002 (my first half btw) we decided to sign up for this despite having run the Portland Marathon just a few weeks ago.


Like the Portland Marathon, it rained from start to finish. Fortunately, the temperature was in the low 50s and winds were about 8mph. There were 3,000 registered runners, and despite the weather, a good number of them showed.


The course started in San Francisco at Aquatic Park and went west through the Presidio. After some hills, the course headed out to the Golden Gate Bridge, across to Marin and then back to San Francisco. It was a bit different than 2002, with more hills and a very different turn-around on the bridge (an actual dirt trail, which due to the rain, was a muddy mess) 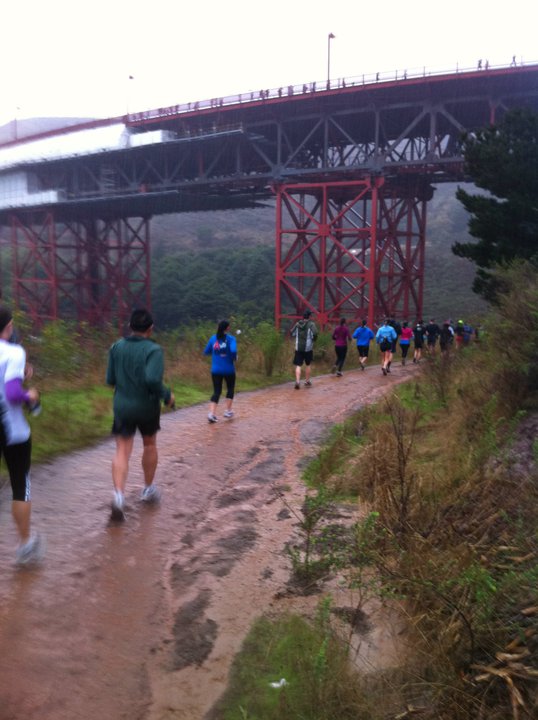 Despite being beaten at the finish line by a guy dressed head-to-toe as a carrot, I would highly recommend this half. The organizers hold the same race in the Spring (people that run both receive a special medal) 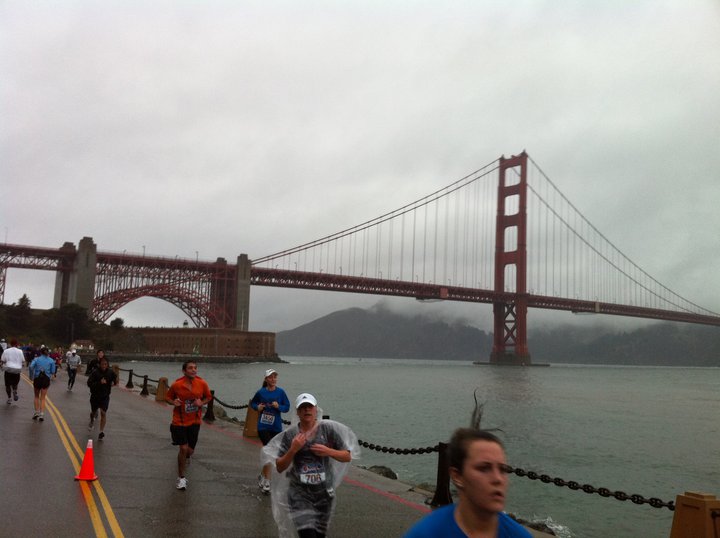 Overall, here's how the run rates in my book:


Course – Even with the rain, courses don’t get much more scenic than this. Really, really hard to beat. Grade: A+


Aid-stations – Every few miles, as marked on the map. Water from rubber hoses, poured into garbage cans. Yep, I brought my own. Grade: C

You need to be a member of Palo Alto Run Club to add comments!